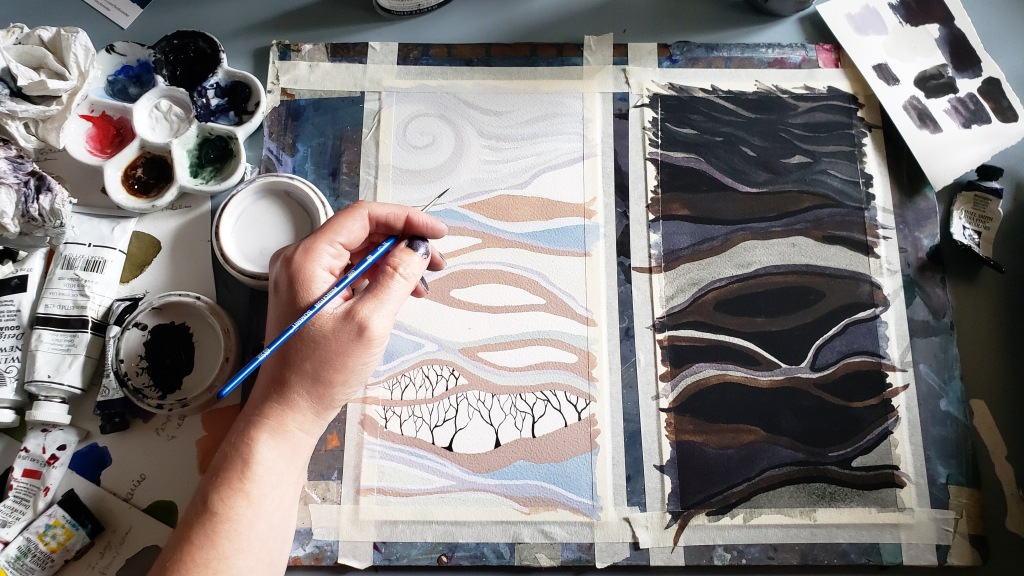 Interesting story behind this piece. My goal was to do just a basic process video to get back into the swing of, well, making process videos. So I cut the last of my Arches cold press–still warped from the rain during Porchfest–into two pieces that were approximately 5.25×10 inches each. Even after I’d taped them down I still wasn’t sure what I was going to paint on them, but that’s pretty normal for me. Still, I knew I wanted it to be something simple, something short.

That’s not what happened.

Instead, these two paintings emerged from an idea I’d been mulling over for the last several weeks, and took me a collective 5 hours or so over the course of two days. Once they were complete, I felt as though I’d finished something powerful and important to me. I don’t know what it is, but I can’t stop looking at them! Is it pride? Can an artist be proud of her own work? Or is that an ego thing?

Anyways, I recorded all of it wooo!

Day & Night was painted with gouache and watercolors on cold press. I used the same colors on each side, simply adding white to the colors for Day and black to the colors for Night. The only real difference was the orange moon I used for Night, which went well as a complementary color to Day’s blue sun.

I see winter in the left. I see an October night on the right. Maybe these paintings emerged from not just an idea, but from the feelings I have about this fleeting October, and about the coming winter. I’m not sure. What I do know is that I wanted to create something of a yin-yang in the form of two landscapes. 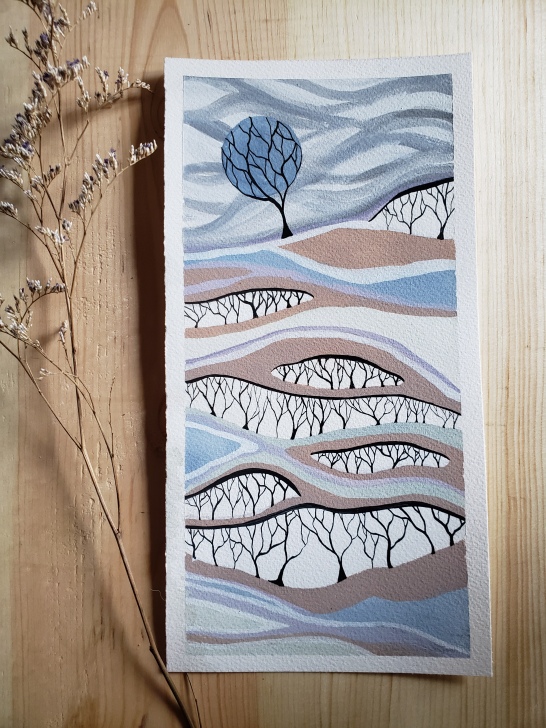 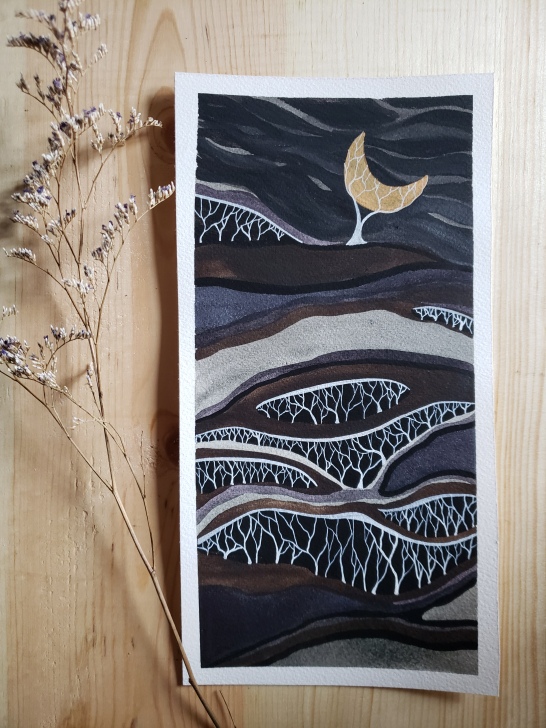 Day & Night is still available on my Etsy shop. The two paintings are sold as a set and can be bought framed or un-framed. Interested in purchasing Day & Night? Click here.

Thanks for stopping by and reading! Have a great weekend, and if you’re in our area, stay warm!