Wow! October flew by! I’m not surprised. Between prepping for a Holiday show, an art crawl, and a few other events–that wound up getting rained out grrr!–I had a lot to focus on that passed the time. Oh and HALLOWEEN! Which is, you know, the greatest thing ever. Goo went as Link from Legend of Zelda this year, and I went as Castiel from Supernatural. 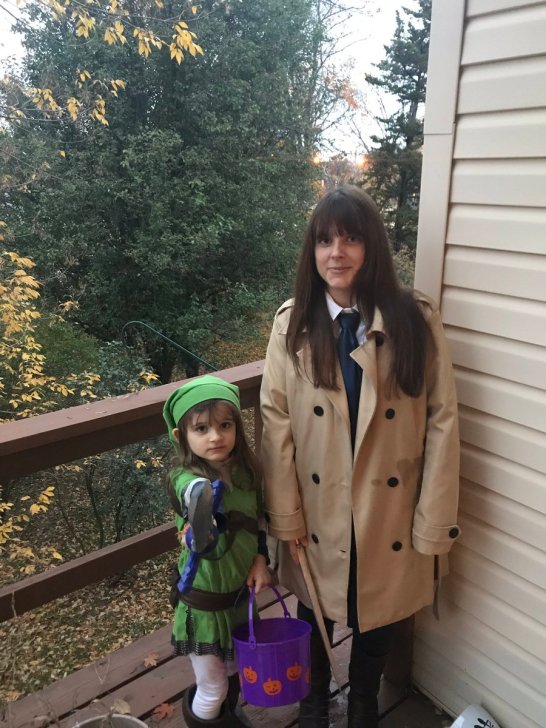 But let’s talk art, shall we? More specifically, Inktober, which is a challenge many artists choose to face in the month of October. For me, drawing something each day wasn’t the hard part, as I’ve been taking part in a project 365 since the beginning of the year. No for me it was more about the prompts, and opening my mind to new ideas and concepts.

In the beginning, I’d decided to do my own prompt: Bunnies in Halloween Costumes. At the same time, I tried to apply the 2018 Inktober daily prompts. “Prickly” for instance, became a bunny wearing a cactus costume: 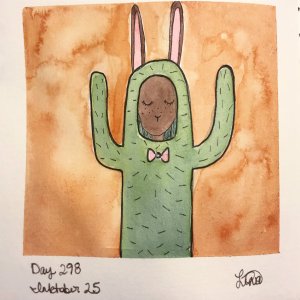 After a few days of only doing bunnies in costumes, I decided to “broaden my horizons” and follow my flow. This meant that on some days I stepped away from bunnies and animals altogether. I stuck with the basic prompts, but let myself go. Some days I painted my drawings. Other days I let them be. It was very freeing, and perhaps something I’ve been needing to do for a while.

And freeing myself in my Inktober drawings allowed me to apply that same “let go” notion with my paintings. I began to start with blank paper and let the watercolor flow, forming abstracts, patterns, and designs. My paintbrush became my pen. I stopped *needing* to ink/sketch before/after painting. And I also rekindled my relationship with white gel pens. 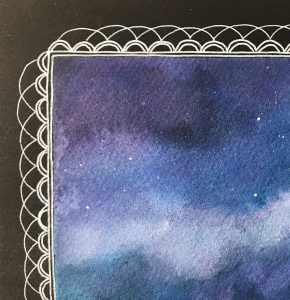 It’s strange to think that a drawing challenge could change my painting habits. I think many of us were merely looking for something fun to do, or a way to practice straight lines. But I think Inktober gave us all a major boost. Not just in technique, but also in perspective. Out of the ten months I’ve been doing #365daysofwatercolor, October was the month I showed the most “improvement.” My goal is to continue to “let go.” To have days where I just spread paint around for no reason. To have fun.

I’ll leave you with five of my favorites from the month. If you’d like to see all 31 of my Inktober drawings, click here. 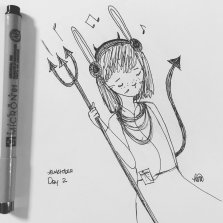 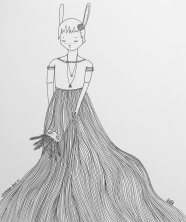 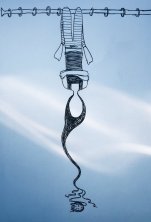 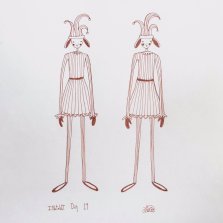 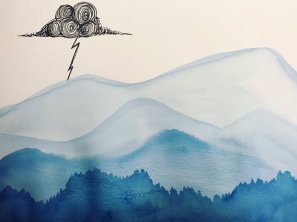